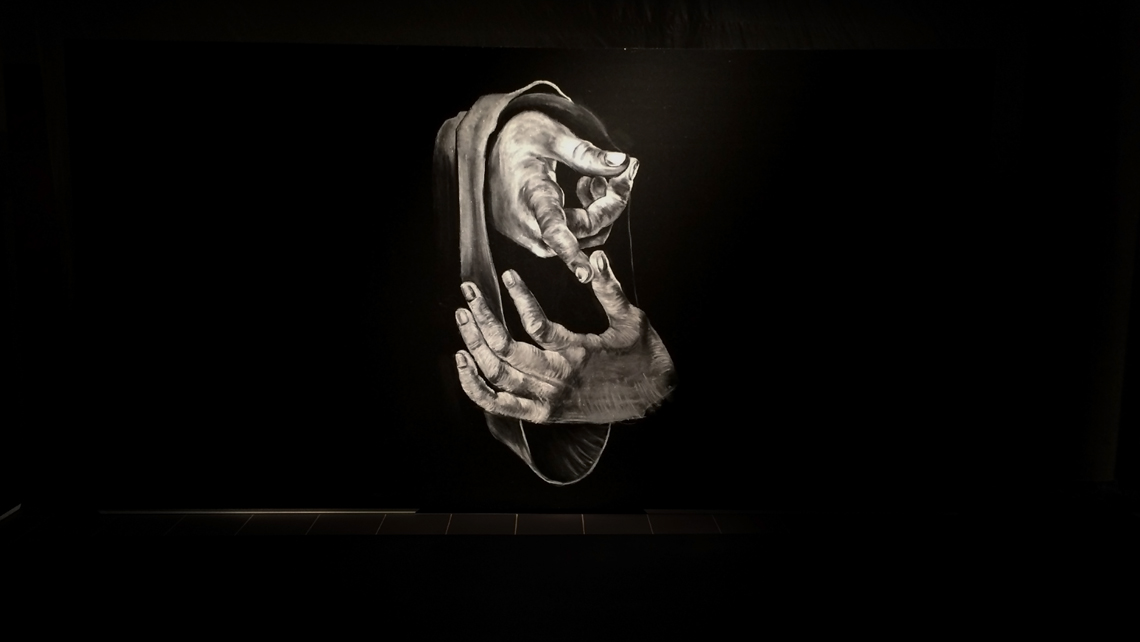 
Exhibition consisting of chalk drawings, video projection and a scenographic installation, relating the text of the theater play Philoktet to the development of the atomic bomb.
In this work, the figures of Philoktet and Julius R. Oppenheimer are confronted to explore the notion of tragic heroes.
Exhibition realized in collaboration with Eric Schockmel and Nima Azarmgin. 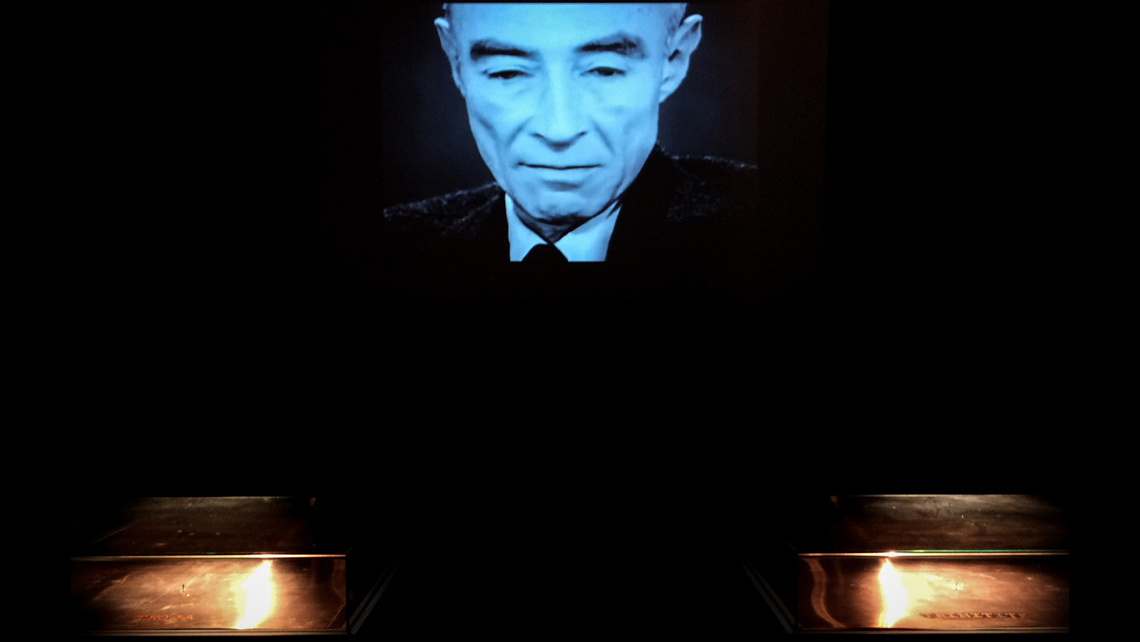 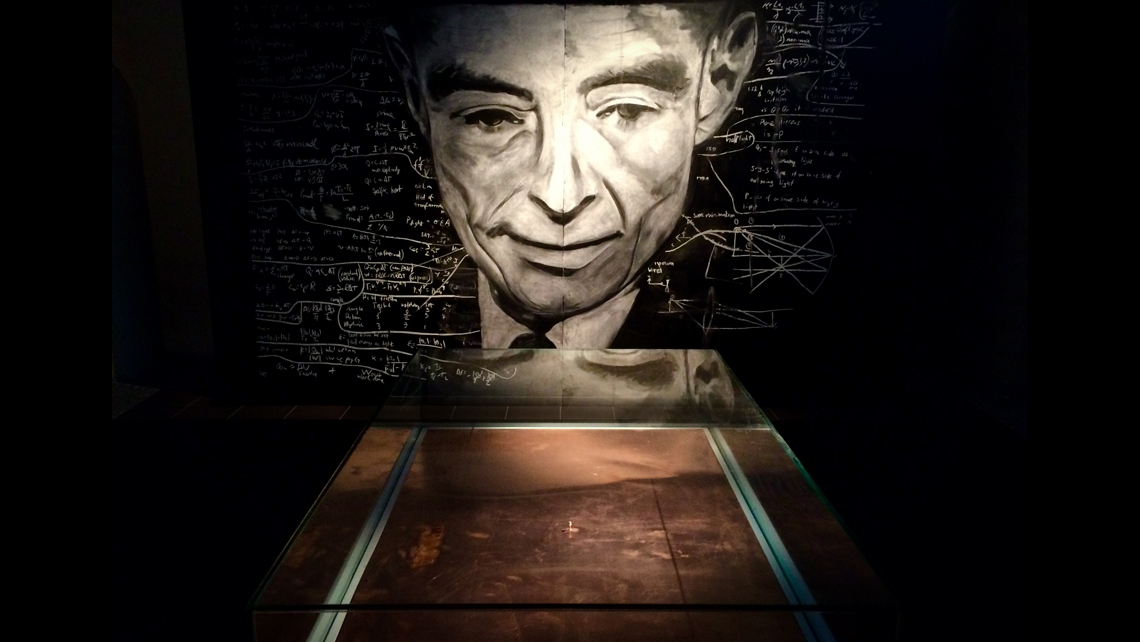 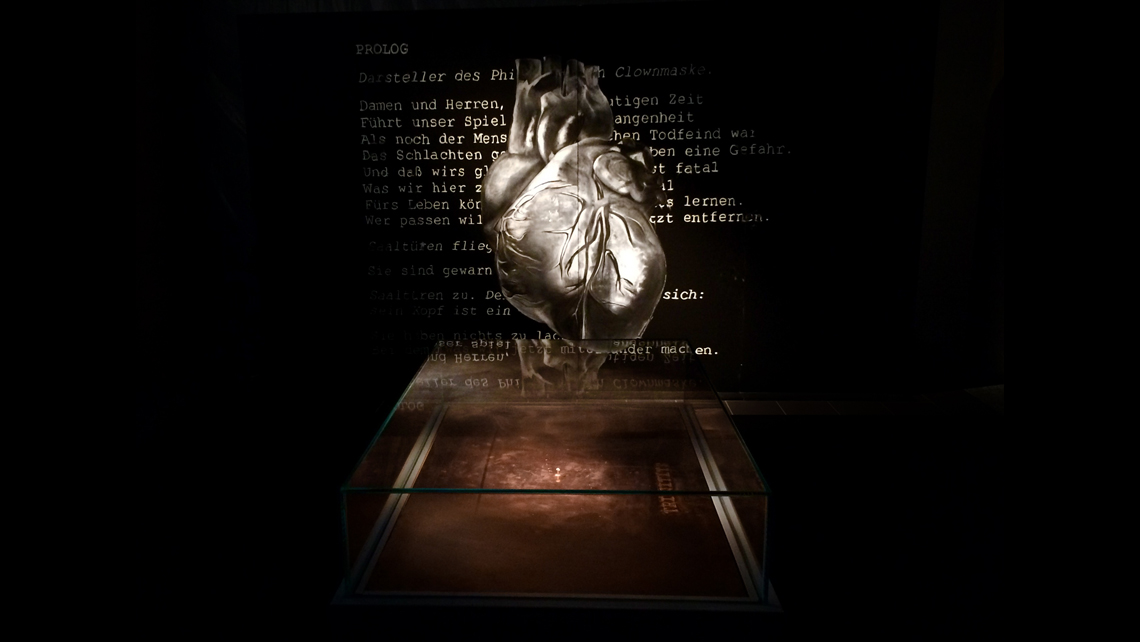 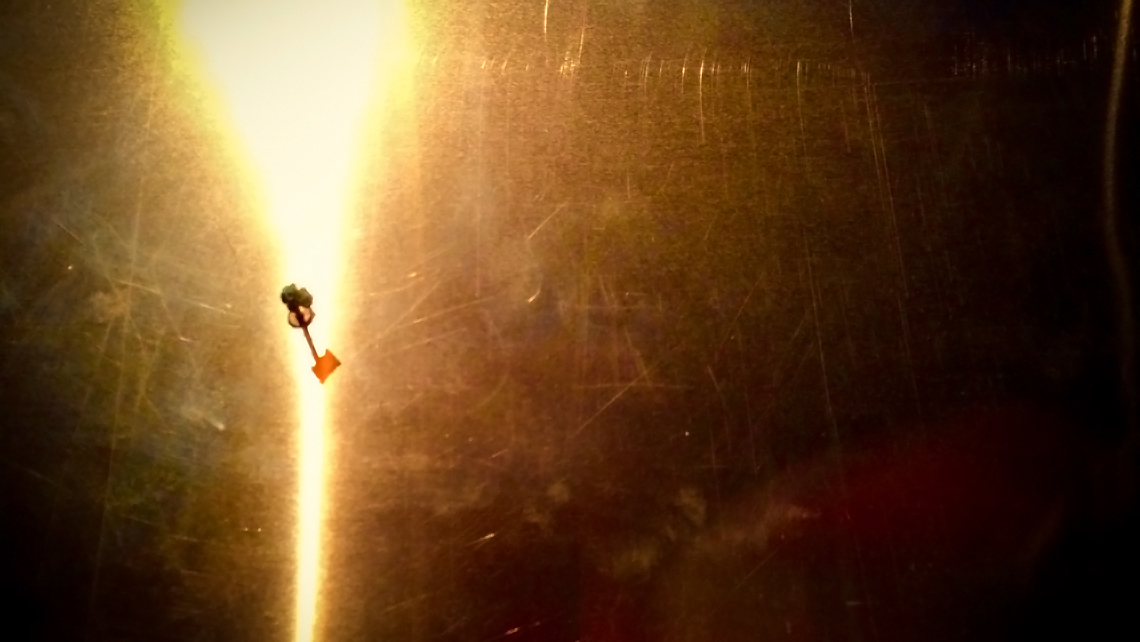 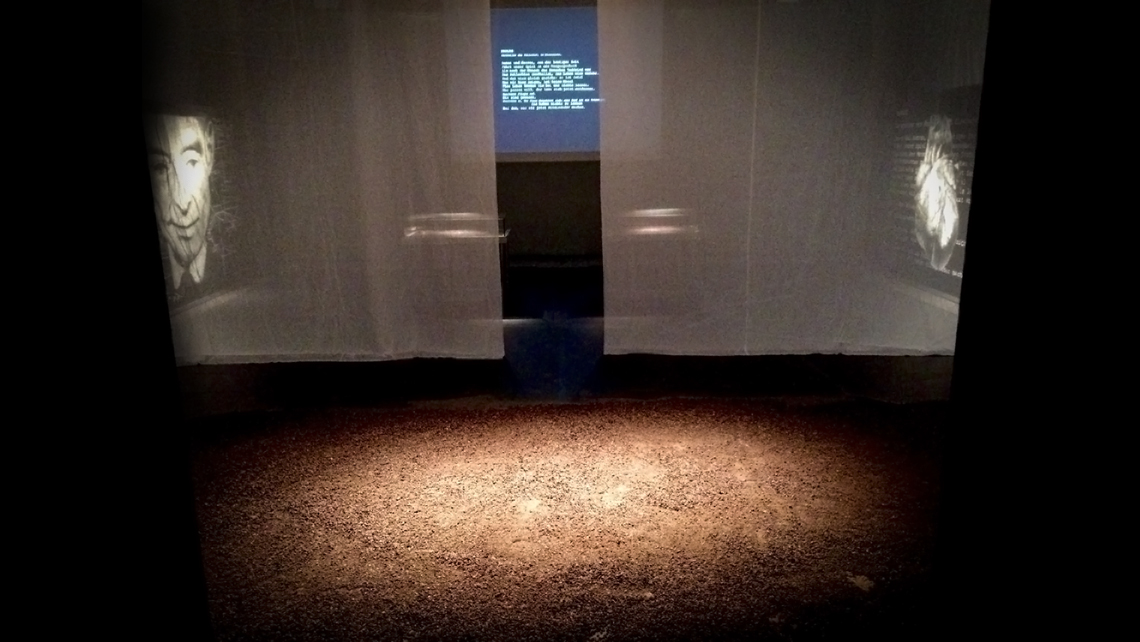 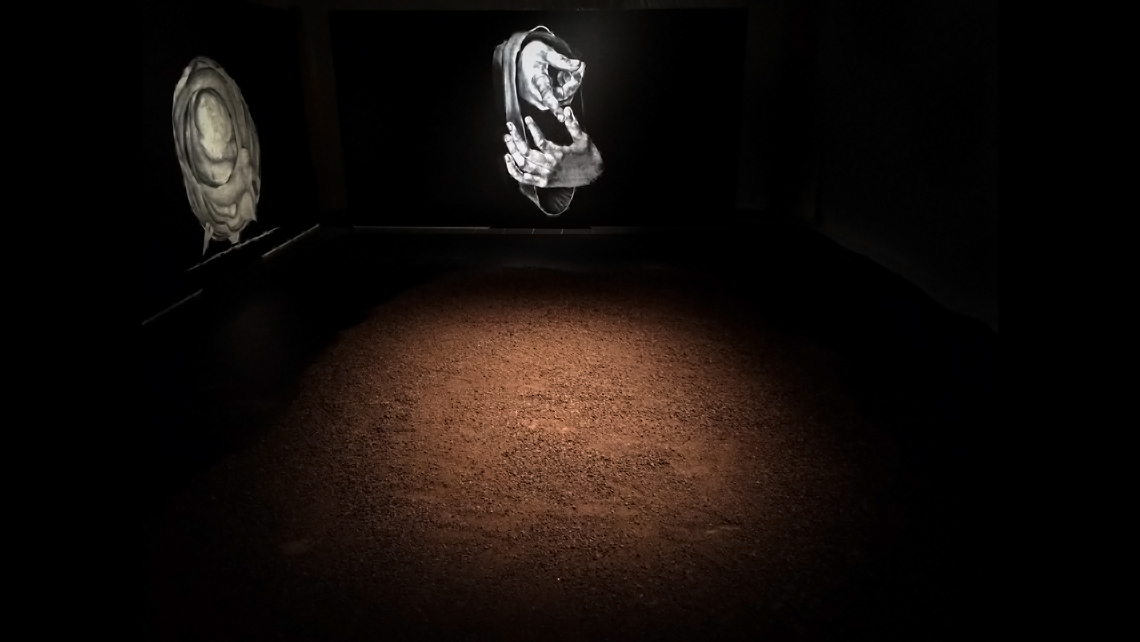 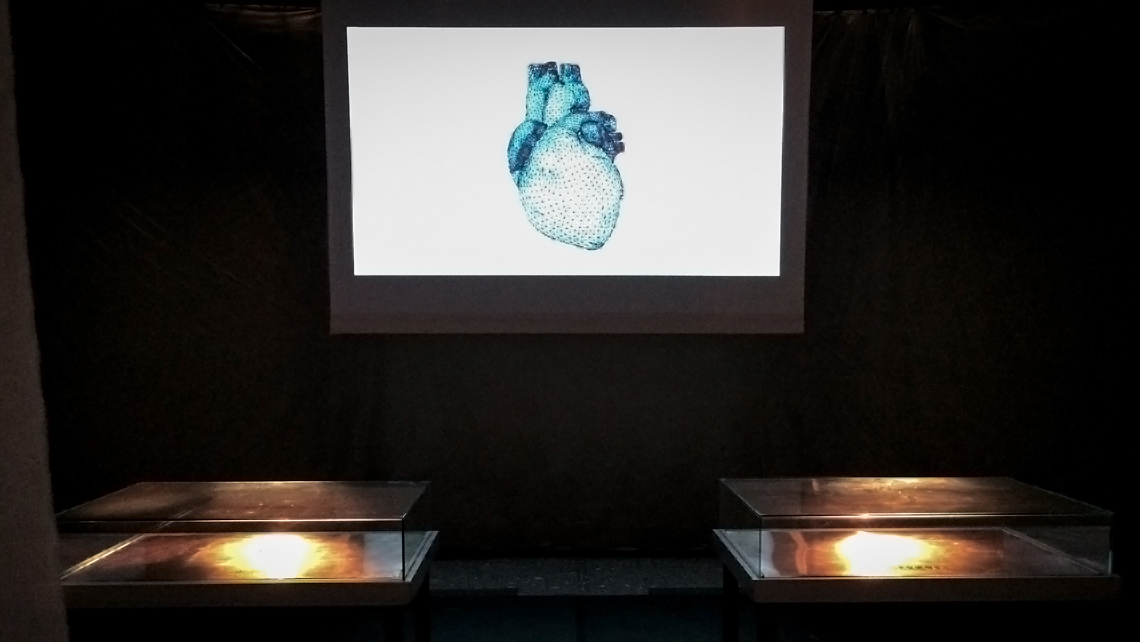 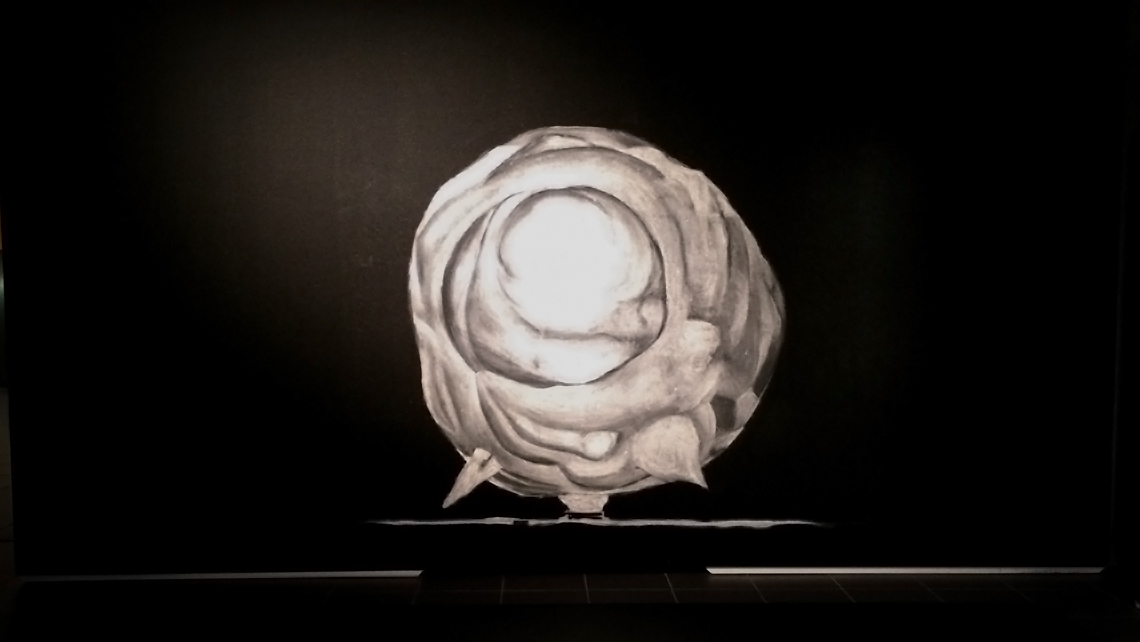 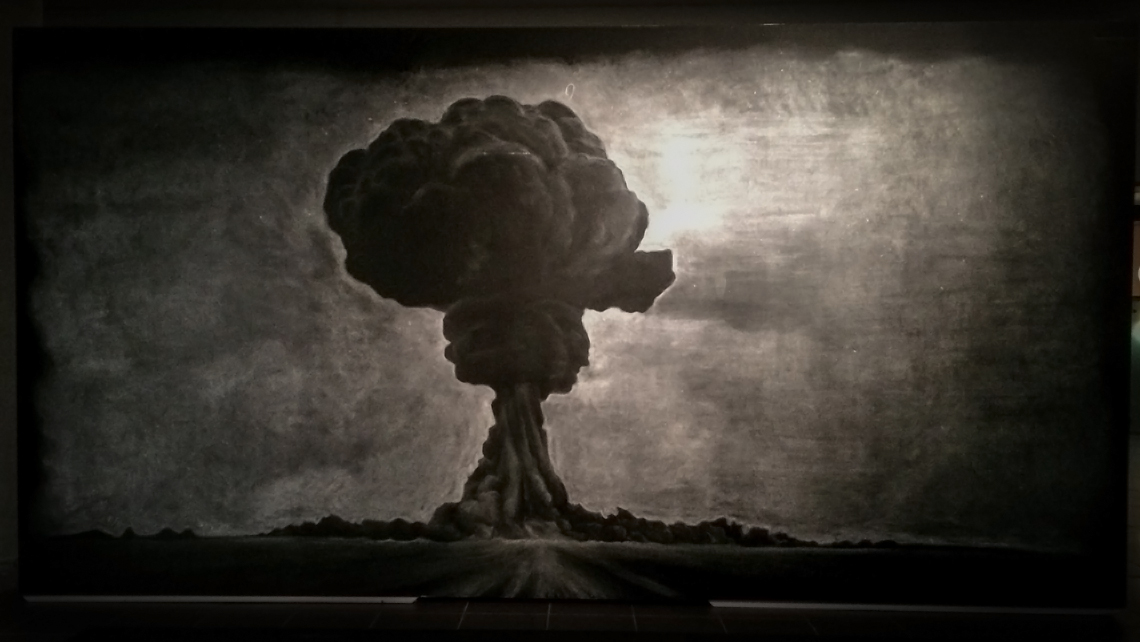 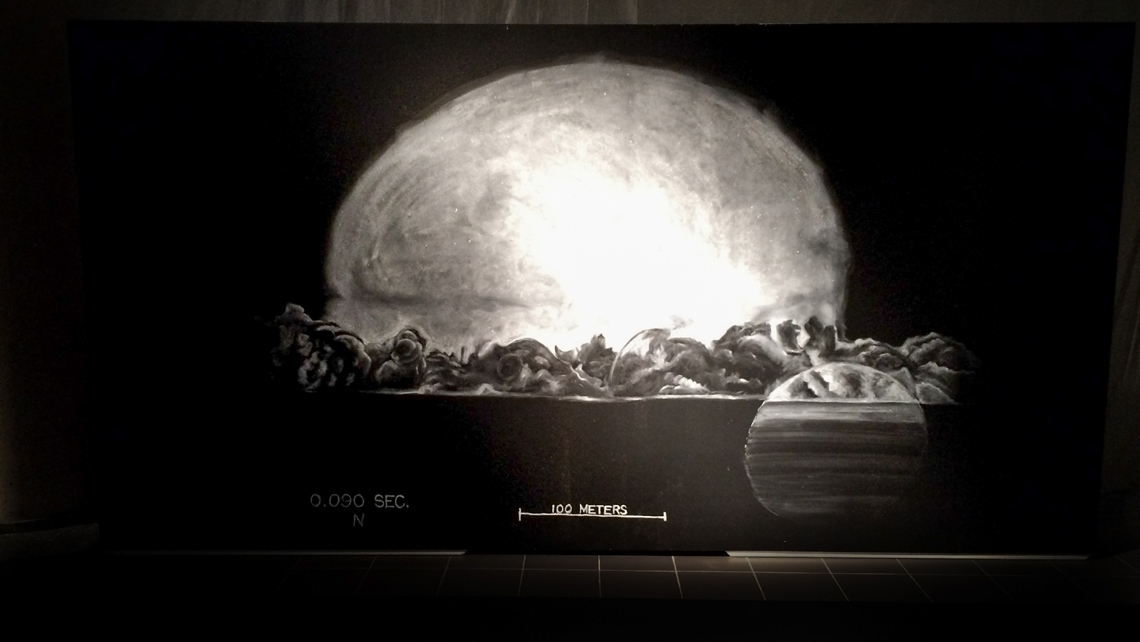 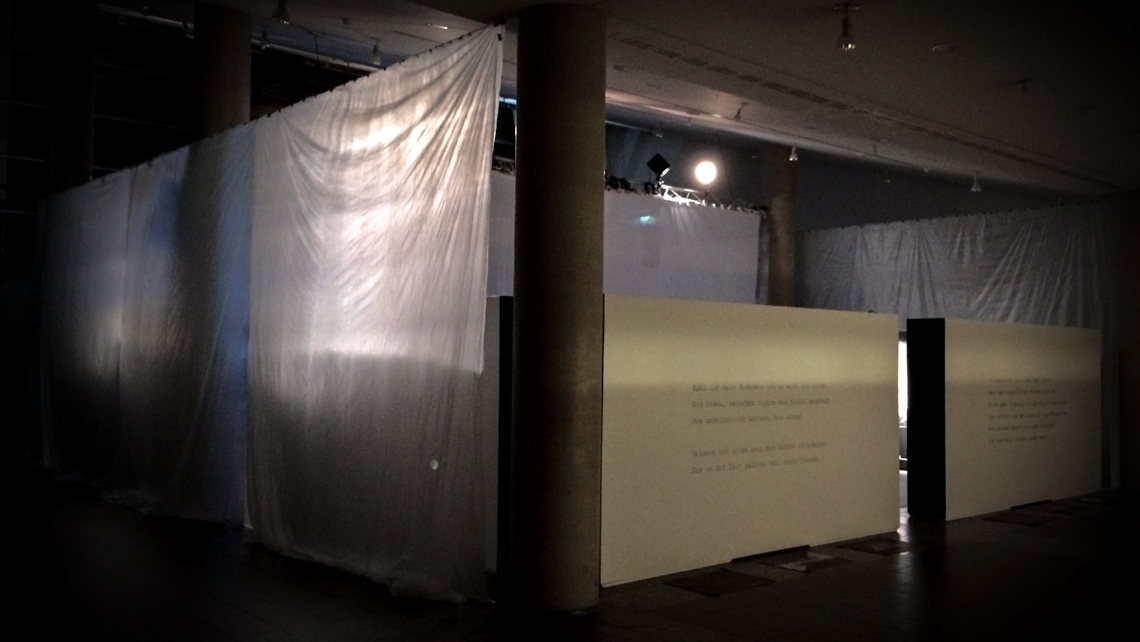 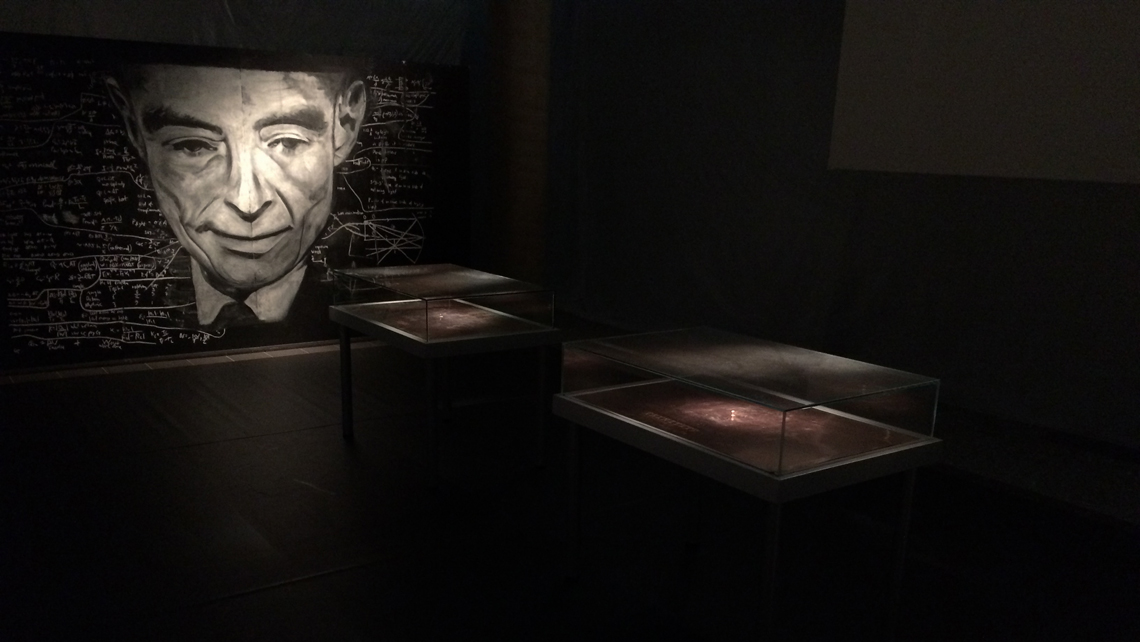