Video projection, brick wall, 75 minutes.
This work consists of a video projection showing the construction and deconstruction of a grey brick wall. The video is partially projected on a brick wall of the same size, in such a way that the projection of the wall fits exactly the real one.
We have two informations, or forms of information (medium), about this simple brick wall. The material, immobile object, and a representation of it being build and destroyed.
The observer is placed between objective reality and subjective interpretation and representation.
The title is a principle in quantum mechanics, discovered by Werner Heisenberg, describing the limit of the precision in measuring two different characteristics of a particle. For example, the more precisely the position of a particle is determined, the less precisely its momentum can be known. 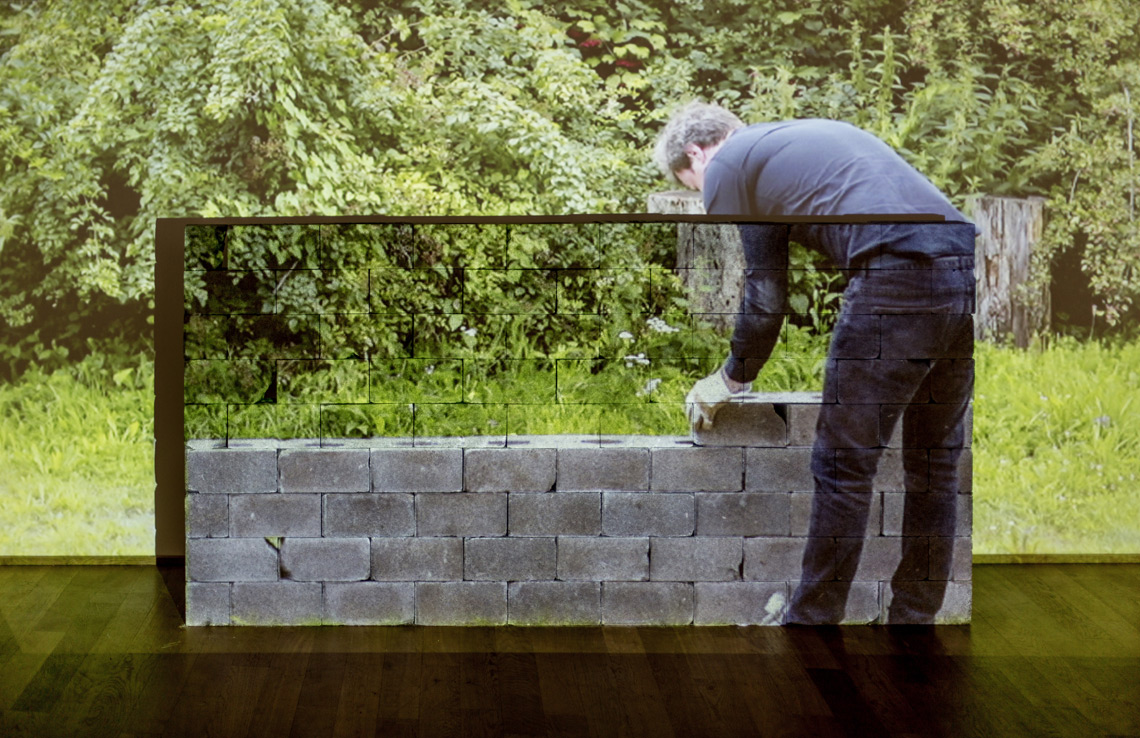 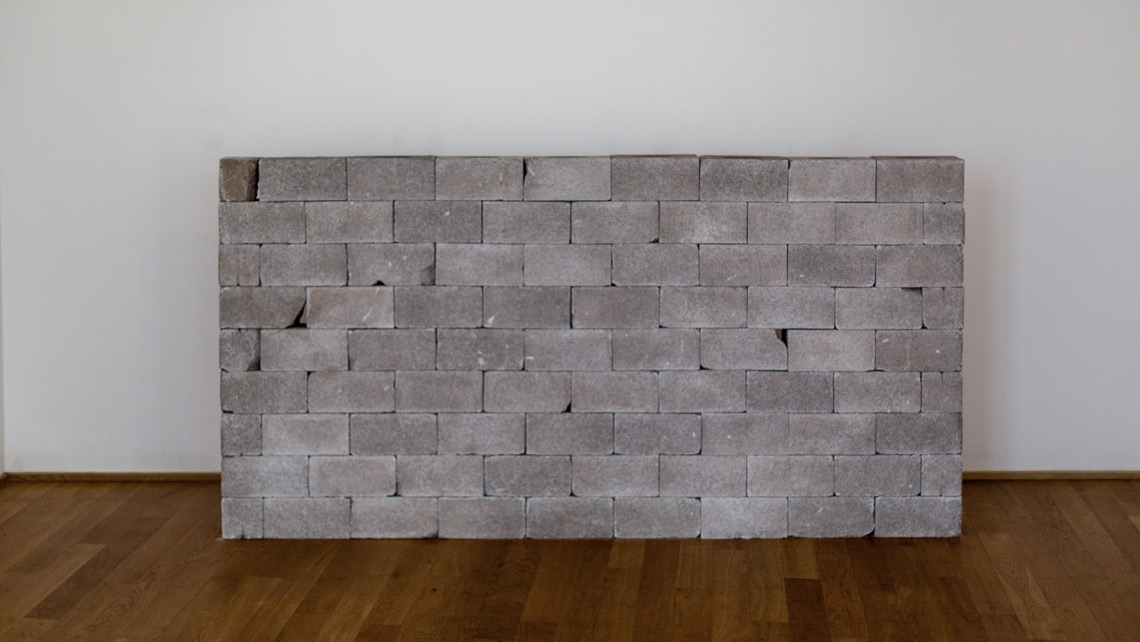